A Unified Payment Interface (UPI) is a smartphone application which allows users to transfer money between bank accounts. 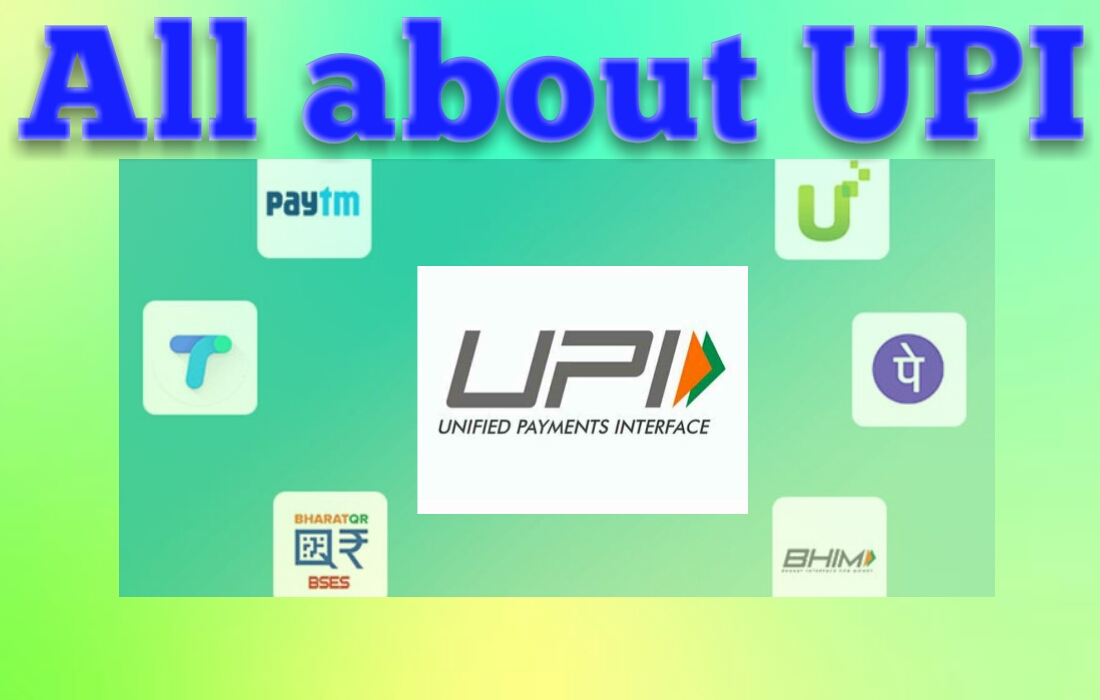 What Is a Unified Payment Interface (UPI)?

A Unified Payment Interface (UPI) is a simple smartphone application that allows users to transfer money in real-time between bank accounts. UPI is a single-window mobile payment system developed by the National Payments Corporation of India (NPCI). It eliminates the need to enter bank details or other sensitive information each time a customer initiates a transaction.

The Unified Payment Interface is a real-time payment system. It is designed to enable peer-to-peer inter-bank transfers through a single two-click factor authentication process. The interface is regulated by the Reserve Bank of India (RBI), India's central bank. It works by transferring money between two bank accounts along with a mobile platform.

The system is said to be a safe and secure method of transferring money between two parties and eliminates the need to transact with physical cash or through a bank. The pilot system was launched in India on April 11, 2016. Banks across the country started to upload their interface in August 2016.

UPI uses existing systems, such as Immediate Payment Service (IMPS) and Aadhaar Enabled Payment System (AEPS), to ensure seamless settlement across accounts. It facilitates push (pay) and pull (receive) transactions and even works for over-the-counter or barcode payments, as well as for multiple recurring payments such as utility bills, school fees, and other subscriptions.
According to NPCI, 134 banks were using the interface as of February 2019. More than Rs. 270 billion was exchanged through the UPI that same month.
Once a single identifier is established, the system allows mobile payments to be delivered without the use of credit or debit cards, net banking, or any need to enter account details. This would not just ensure greater safety of sensitive information, but connect people who have bank accounts via smartphones to carry out hassle-free transactions.
Overall, UPI implies fewer cash transactions and potentially reduces the unbanked population.

How to Register for UPI? Step by Step Guide

How Services Offered by UPI

A number of key features are offered by UPI. Users can access balances and transaction histories along with sending and receiving money. To send money, users need an account number, the Indian Financial System Code (or IFSC, which is an alphanumeric code that facilitates electronic transfers), the mobile number of the recipient, and a virtual ID or Aadhaar number (which is like a Social Security number).

How to Generate UPI PIN? Step by Step Tutorial

Sending money on the UPI is called a "push." In order to send money, the user logs into the interface and selects the Send Money/Payment option. After entering the recipient's virtual ID and the amount desired, he chooses the account from which the money will be debited. The user then enters a special personal identification number (PIN) and receives a confirmation.
Receiving money through the system is called a "pull." Once the user has logged in to the system, she selects the option to collect money. The user then needs to enter the virtual ID for the remitter, the amount to be collected, and the account in which she will deposit the funds. A message then goes to the payer with the request to pay. If he decides to make the payment, he enters his UPI PIN to authorize the transaction.
Once the transfer has been completed, both the sender and the recipient receive a confirmation by text message to their smartphones.

UPI, card or wallet: what is your default digital payment option?

With the latest initiative of a unified payment interface (UPI) by the National Payments Corporation of India (NPCI), mobile phones have been practically converted into mobile banks.
RBI has a monetary limit for contactless payment as it does not require the cardholder to punch in any password or PIN. The regulator has made it mandatory for all transactions above ₹2,000 ( ₹5,000 from 1 January) to be authenticated twice. When an individual is using a card for any transaction above ₹2,000, besides keying the card details, the issuer authenticates the transaction through another means such as by sending an OTP (one-time password). The extra security layer is used to curb frauds and make electronic transactions more secure.
Besides cards, there are already different options for contactless payment. Some of these include the UPI (Unified Payment Interface), payment wallets and IMPS (Immediate Payment Service) through mobile banking apps. Each of these modes of payment has its merits and demerits. Let’s look at which one works best for contactless transfer of money.
CARDS
At the beginning of the year, RBI had issued a notification in which it had outlined steps that every issuer must take to make all types cards more secure. According to the notification, when banks are either issuing or re-issuing cards, by default, the customer should only be able to use them at domestic ATMs and contact-based payment at point of sale (PoS) terminals.
For all other transactions—such as for online transaction in India or abroad or for contactless payment—customers must call up the issuer and ask them to enable the card for specific use.
For existing cards, RBI asked issuers to use their discretion. But cards that were never used for online, international, or contactless transactions, had to be mandatorily disabled for such transactions. Banks had to implement this from 1 October.
If an individual wants to use his card for contactless payment, there are chances his card is blocked for such payments. In such a case, he will need to call up the bank and get the facility.
To make contactless transaction, the payer will need to keep the card close to the card machine (PoS terminal) or tap on it. Mostly people asked about UPI Charges are safe or not. They are safe as contactless payment works only when the card is within 4cm of the card reader and has multiple layers of security.
“This is the best payment experience for individuals. When you add additional security in the form of PIN and password, you also get higher failed transactions due to different factors," said Sharma.
What works? The customer doesn’t need to enter any password. Further, the cardholder is not dependent on the mobile network and there is no initial setup required. It’s the quickest payment option and is easy to understand even for seniors who may not be well-versed with digital transactions.
What doesn’t? If a cardholder loses a card, low-ticket unauthorized transactions are possible until it is blocked. There are about 5.1 million PoS terminals in the country, according to RBI data. Also, since contactless payment is a new technology, banks will need to upgrade PoS terminals.

As technology in the payments space has progressed with breakneck speed, IMPS can be termed as the traditional online payment channel, though its only a few years old.
To make a transaction using IMPS, a bank customer requires the account details of the receiver. To avoid frauds, most banks require customers to first add the receiver as a beneficiary before the money can be transferred. Many banks don’t even allow money transfer for a few hours after the beneficiary is added or they restrict the amount a customer can transfer in the first 24 hours.
For bigger amounts, this is still the preferred option. But for smaller payments, IMPS may be cumbersome.
Most banks allow up to ₹2 lakh limit for each transaction. However, there is a cap on the maximum transfer that can be done through IMPS, which is ₹10 lakh a day. The minimum transaction can be as low as ₹1.
What works? There is no initial setup required in these. Most banking apps work with netbanking credentials. IMPS allows transfer of higher amounts and works on any device.
What doesn’t? It requires the customer to enter too many details of the beneficiary and there are multiple steps involved to make a payment.

Wallets were once popular as they offered discounts on transactions and were easier to use when making payments. But the popular ones have incorporated UPI and are now primarily payments apps. Then there are apps such as Google Pay, which only focus on UPI payments.
After the launch of UPI, the use case for wallets reduced. Most customers preferred UPI over wallets. That’s because wallets involved an additional step where users need to first add money to it before using it. In UPI, on the other hand, money gets directly transferred from one bank account to another.
UPI was launched for small transactions. The number of transactions done through UPI are far more compared to other electronic transfers and the number has been growing. “For merchants, it’s the most cost-effective way to receive money. They don’t need any machines. Neither the payer nor the receiver need to have any infrastructure," said Prakash Kumar, co-founder, KhaaliJeb, a payments app.
“All they need is a QR (quick response) code, which the payer can scan and pay. For person-to-person transfer, it can be done through a unique identifier or UPI ID," Kumar added.
KhaaliJeb targets youth. According to Kumar, most of their customers don’t prefer to carry cards. Mobile is their preferred payment option.
The maximum funds that an individual can transfer through UPI is ₹1 lakh for each transaction and that’s also the daily limit for all transactions combined. Also, only a maximum of 10 transactions can be done in 24 hours via UPI.
What works? This is easily accepted by merchants, and is even available with small merchants such as fruit and vegetable vendors these days. The transaction cost is low and it requires a one-time setup.
What doesn’t? Unlike contactless cards, it requires a password for all transactions, irrespective of the payment amount. It is dependent on the mobile network, which may sometimes cause problems at merchant stores if the connectivity is bad. If you change your device, you will need to set it up again.
According to both Kumar and Sharma, the future of payments is NFC (near-field communication). It works like a contactless card, where the payer taps his mobile on either a PoS machine or on the receiver’s mobile. According to reports, the National Payments Corp. of India, which runs the UPI network, is working on integrating NFC with UPI.
But this is still some years away as most mid-range and low-cost mobiles don’t have NFC yet. Until that happens, contactless card works out to be more convenient, whereas UPI is more practical.